Closures - What, How and Why

When it comes to closures, or any complex topic, I find that the most effective way to learn is through an example. However, to explain what closures are I must use some complex concepts like lexical environment and scope chain which, by the way, I might have promised in the previous article that I will cover it (The 'this' keyword). So, it is a good opportunity to resolve that promise. 😇

Let's have a look at this example code and analyze it.

When function 'a' gets invoked, the JS engine creates a new execution context and pushes that function to the call stack.

With the call stack, the JS engine can keep track where the code is in its execution, or in other words, which execution context is currently running.

Execution context tells us which lexical environment (lexical means at compiled time, where the function is written) is currently running and in every execution context we get the 'this' keyword, arguments and variable environment.

Lexical scope is the available data and variables where the function was defined (NOT where it was called) and it determines our available variables.

I know, it's very confusing, so I made a chart which I hope make it clear. 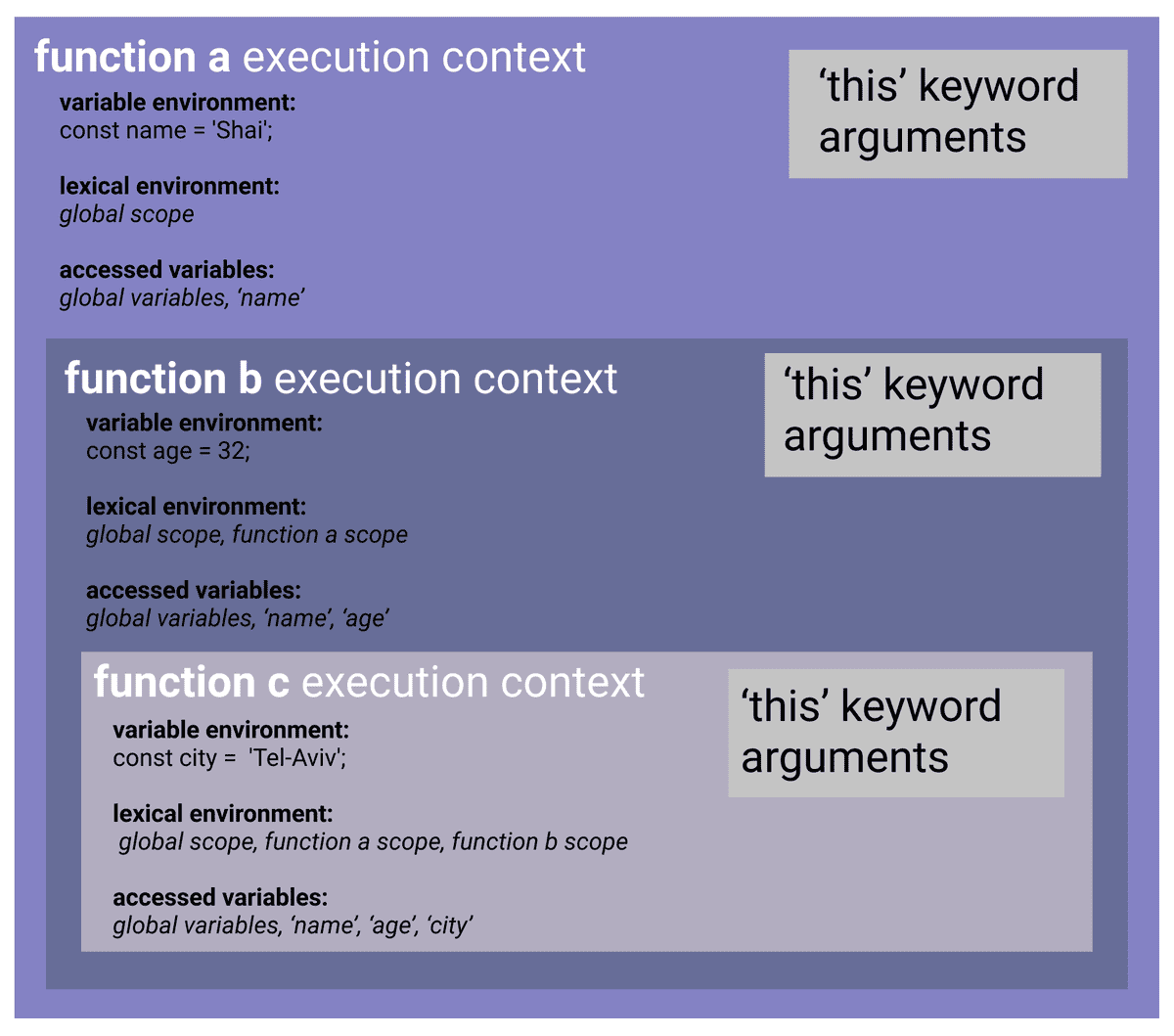 This is possible thanks to the scope chain.

When in the call stack, we are in the execution context of function 'c', which his variable environment is 'city' and it is lexically scoped inside function 'b' and function 'a' - it has access to the variables of those functions.

⛔️ Pause: I know, you feel I am throwing on you a lot of concepts, while I did not even begin to explain what closures are, but I promise that soon it will be clear. 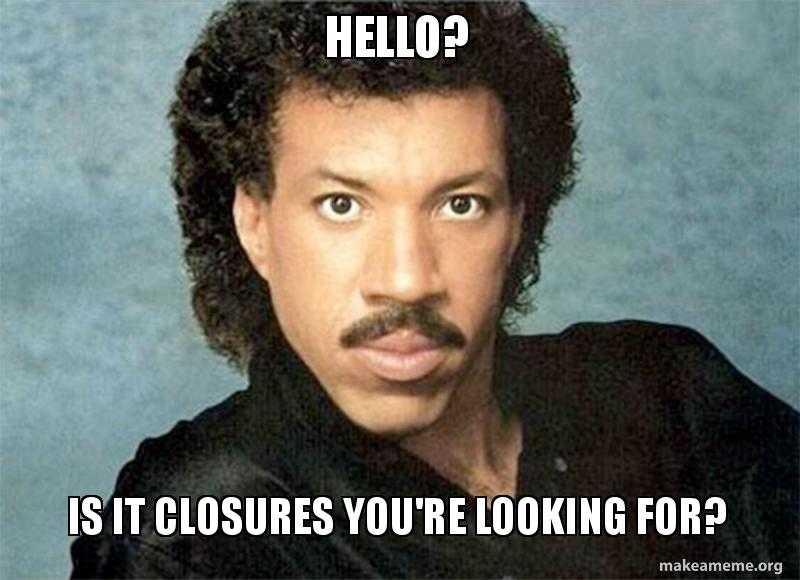 With that knowledge, let's make a closure with closures and, finally, explain what they are.

The JS engine knows, before we get to the line in the code in which we call function 'a', which function has access to which variables and save those variables.

NOTE: if we have another variable in function 'b', which is not in used by function 'c', the JS engine will not save it in the closure box and it is gonna be garbage collected.

If we take a look again at our example, we can see the structure of closures:

a function which gets returned from another function, while the returned function has access and uses variables from the outer function variable environment.

In the following example, we have a function which creates very big array every time it gets called (because nothing is referencing that function and its variable, so it gets collected by the garbage collector);

With closures, we have a way to only create the array once:

Now, we can call 'notHeavy' just once, save the result in a variable, and with that variable, call the function again (the anonymous function).

The array will be created only once (and we can confirm it by run the code above and seeing that we get the console.log only once), and that's why it saves memory.

With encapsulation, we can hide information which is unnecessary to be seen or manipulated by the outside world.

This follows the principle of least privilege - a big security principle when it comes to programming, where you don't want to give just anybody access to your API.

We don't want anyone to be able to launch a bomb 💥, so we don't expose the 'lunch' method. We only expose the 'totalPauseTime' method by creating a closure and returning it.

Thanks for reading. I hope now you know better what closures are, how to create and use closures, and why use closures.